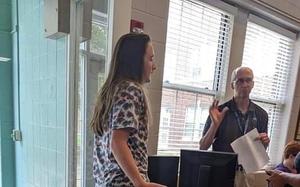 MTHS Junior selected as one of 44 Arkansas juniors from across Arkansas for program!
The 3rd Arkansas and the World: Model United Nations Summer Camp will take place on the campus of the University of Central Arkansas on July 14-19, 2019 and Marked Tree Junior Justin HIndman has been selected!  This program, which is funded through a grant from the Arkansas Department of Education (ADE) to the UCA Department of Political Science, is one of the few Model UN summer camps held in the United States.  Similar Model UN summer programs around the country have been sponsored by Harvard University, Yale University, Columbia University, Georgetown University, and the University of California-Los Angeles.  For the Model UN summer camp at UCA, high school students from the state of Arkansas will be selected to participate in an experiential learning opportunity that enhances their understanding of international relations, diplomacy, and organizations in the 21st century. Students will participate in workshops on international relations, the United Nations, the fundamentals of Model United Nations, and other topics. Students will also represent assigned countries in an interactive simulation of the United Nations General Assembly.